Petition for Family Law Reform, each year parents both mothers and fathers are denied contact to their children by an unjust system, we thank you for your continued support and hope that one day we will achieve a fairer family law system in which the best interests of the children are taken into consideration, where we hope to end the rulings on false allegations, where we hope parental alienation will be acknowledged and a system is put into place so that this can no longer take place unpunished, where contempt of court is stamped out in the first instance, please support, like and share this page and together we can make a difference.

The Time is Now for Change!

We need stronger legislation that protects the rights of our most precious and vulnerable resources: Our children.

The Family Court System is failing to protect our children. Each year, countless children are sent into unsupervised visitation, or worse, with an abusive or personality disordered parent. The most tragic cases involve situations where the protective parent is demonized and custody is awarded to the offender.

How do we know unequivocally that this happens? Each year, more and more children are coming forward to report about how the system has failed to protect them. The Courageous Kids Network is but one of the groups that offers a voice to these victims. Some studies have estimates as many as 58,000 children each year suffer due to our broken family court system. 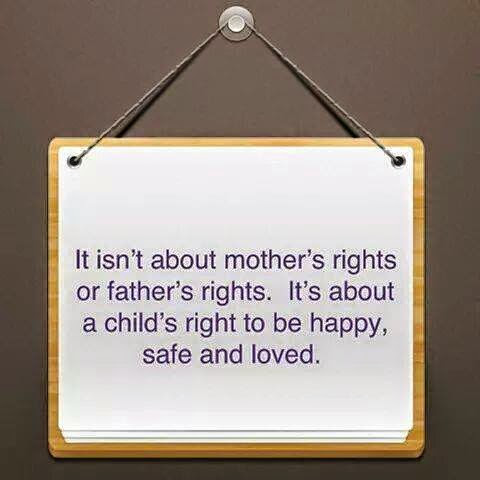 In a recent Tn Appellate Court Decision, state Judges have ruled that a “trial court is not obligated to consider all of the (best interest) factors” when making an initial determination of child custody. They also went on to say that it is okay for the trial court to consider a parent’s right to a relationship with the child as being more important than any other factor. This is true, even when there is irrefutable evidence of abuse and mental illness.

This is a call to our legislature to enact bills that will protect our children. It is a call for disambiguation of the law and Justice!

1. Judges and Attorney’s need mandatory education about personality disorders and a child’s age appropriate developmental needs- particularly Antisocial and Narcissistic since these are the most damaging to children.
2. A Trial court should be mandated to consider ALL statutory factors in weighing a child’s best interests.
3. A trial court must place child welfare above parental rights.
4. The law should require that a judge must articulate how he weighed each factor in determining custody. It is not just protective parents who take an issue with this- many attorney’s and appellate court judges would like to see this happen. 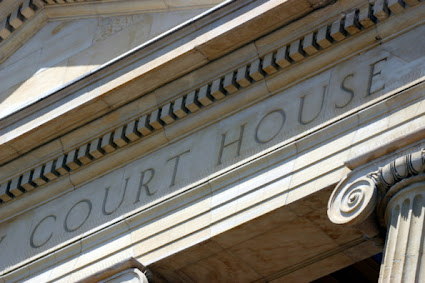 The Kafkaesque nightmare of family court – Comm…
scoop.it
Family courts often take on dark undertones when a protective parent is accused of being a parental alienator.

Political freedom does not have age limit

What makes the United States a harbinger of freedom that has beckoned millions of immigrants and continues to summon millions more? It is our system of government, which is fundamentally based on our Bill of Rights and our Constitution.

Which is why I am deeply concerned about an international treaty called the U.N. Convention on the Rights of the Child. If this treaty is ratified, all children younger than 18 would not be allowed to participate in political activities. It is, therefore, an abridgement to their First Amendment right!

This fact was illustrated recently in a speech made during World Children’s Day and Child Rights Week 2009 by Sheikh Hasina, prime minister of Bangladesh, in which she said, “Children would be aware of politics but should not be used in political activities.” Bangladesh is a country that has already embraced this seemingly harmless treaty, which when looked at more closely, actually supersedes the political freedom of anyone 18 and younger. Whether that’s attending a political rally or a city council meeting, American children’s right to political free speech would be stymied if this treaty is passed. The only way to prevent this from happening is by passing the Parental Rights amendment to our Constitution. This amendment already has 120 co-sponsors in the House of Representatives! I would like to encourage all of you to investigate this issue for yourselves and find out more about the Parental Rights amendment because political freedom does not have an age limit!

Over the years I have been most inspired by the work of Omar and David Inguanzo from their group Children’s Rights and would call o all like mined folk to join us and make the break through 3000th member by this Easter!

I am also honoured to be regarded as a cause leader within the group.

Along with other campaigners such as Donald Tenn, David Carlin, Anthony Lemons, Second Class Citizen.org and many more who know the massive challenges that still lie ahead through out the USA. Here in the UK there seems a modest groundswell towards reform and feel I would like to see this hope extended to other associated fighting for justice in Family Courts and reforming child welfare organisations to start acting as they are expected to !

Along with everyone throughout the USA I would call on those in Canada, UK, Australia, New Zealand, Singapore, Greece…….and beyond to use this group as an umbrella organisation to promote our causes generate information not only among ourselves but that can be lobbied through the media , local and national press and radio ,and onto our reluctant political masters!

Which presidential candidate is best for dads?

Few social policies seem to do as much universal good as paid paternity leave: Study after study has shown that when a father plays an active role in a child’s early years, he or she will end up healthier, achieve greater academic success, and even make more…Read More

Fatherlessness is associated with almost every societal ill facing our country’s children.

An estimated 24.7 million children (33%) live absent their biological father. We asked Democratic and Republican Primary Candidates ~ How can you address the fatherlessness epidemic? ~ Of students in grades 1 through 12, 39 percent (17.7 million) live in…Read More

Children are being ripped from the arms of fit and loving parents by Family Courts!

The Family Court System in our country is failing our children at an alarming rate, children are being ripped from the arms of fit and loving parents every minute of every day, all to fill the pockets of the “system!” Judicial Kidnapping is rapid, CPS has…Read More

Divorce should not alienate children from either parent, absent proven legitimate abuse. Children with involved parents do better in school, less likely to get into trouble. Being a single parent is difficult work, 2 parents allow for both parents time…Read More

Bias and abuse of discretion cannot be tolerated when it comes to the “Best Interest” of our children. More eyes are needed on the Judges to ensure they are doing the work of the Court, any nothing more. Reform is needed on many levels, especially in the…Read More

The Family Court System is failing to protect our children.

1. Judges and Attorney’s need mandatory education about personality disorders and a child’s age appropriate developmental needs- particularly Antisocial and Narcissistic since these are the most damaging to children. 2. A Trial Court should be mandated to…Read More

Make Family Justice Reform a Key Election Issue throughout the United States using the media to win public opinion and to lobby the politicians.

Why do we remove fit parents from the lives of children every day? Is it because the Courts have remained stuck in outmoded thoughts or is it because we have a current system of law that punishes fit parents for no wrong doing? A single question that has…Read More

Never Give Up On Your Child.  They Need You In Their Life.