I really appreciate all of the well-informed, insightful mental health resources on your site. (: I found this page especially wonderful)

Our focus at the Prevention Coalition centers around addiction prevention and education, but we’ve always recognized that addiction — a mental health condition of its own — often goes hand-in-hand with other mental health issues, so it’s important we educate our audience on a variety of related topics.

END_OF_DOCUMENT_TOKEN_TO_BE_REPLACED

Rep. Tom Lee’s bill is one of three moving in the 2016 session that seek to revamp Florida laws impacting alimony

The measure (SB 250), sponsored by Sen. Tom Lee, R-Brandon calls for the presumption of shared parenting.

“As the parents enter the courthouse front door, that they are presumed to be equally good parents and it gives them the opportunity to make their case before a judge,” Lee said.

He said if the judge deviated from the 50-50 presumption the reasons would have to be explained in writing.

The Senate Judiciary Committee voted 7-3 for in favor of the bill. A huge victory for loving parents willing to share their children even after divorce and for children who love and need both parents!

END_OF_DOCUMENT_TOKEN_TO_BE_REPLACED

Before reading my article today, I want you to go back  in memory to your childhood, and ask yourself, what kind of man was your father?

We will come back to this a little later.

END_OF_DOCUMENT_TOKEN_TO_BE_REPLACED

Pt. 1 Get Educated About Alienation:

Manifests in a School or Educational Setting | Family Court Injustice

Those who perpetrate alienation not only manipulate the child but often manipulate other people, even professionals, in their war against the targeted parent. This commonly happens as “triangulation” – when one parent (usually the abuser or alienator) uses a third party, like a teacher or school principal, to play against the other parent.

THE TRUTH BY ZORAYA’S MOTHER

Parental alienation has various definitions but in a nutshell is when one parent works to damage a child’s relationship with the other parent (known as the “targeted parent”). As a result of alienation, child who previously had a close, loving, healthy (not abusive) relationship with the “targeted parent” then becomes estranged, hostile or rejects that parent. Many consider alienation a form of child abuse. The alienator may also elicit others—like educators—to similarly hate, reject or become hostile toward the other parent.

When alienation occurs in the school setting, the results are devastating: usually there is breakdown in communication between one parent and the educators (who have taken the side of the alienating parent, and may view the “targeted” parent in a negative light). The school may consciously or unconsciously reinforce the power and control tactics of the alienator, and sometimes the educators will even become personally involved in family court or custody litigation.

There are cases where an educator has become so aligned with one parent that they will give that parent a favorable impression to the court while becoming hostile towards the “targeted parent”; finding fault, blaming and criticizing that parent, even in areas that have nothing to do with the child’s education.

END_OF_DOCUMENT_TOKEN_TO_BE_REPLACED

Are Alienated Parents Blamed For Everything Bad? | Ryan Thomas Speaks I Child of Parental Alienation to Reunited Son

In this Video I answer Amy’s Question: Are alienated parents blamed for everything bad that happens in the child’s life?

NOTE: If you’re looking for tools to reach your child, change their thinking, create breakthroughs and take action to fight parental alienation…Check out my resources and SUBSCRIBE for more video insights, advice and support.

Ryan Thomas I Source: Are Alienated Parents Blamed For Everything Bad? | Ryan Thomas Speaks I Child of Parental Alienation to Reunited Son

She’s a soft cool rain on a hot summer’s day.

She makes me laugh with the funny things she has to say.

She’s the beat of my heart, and the air that I breathe.

She’s the sun and the wind, and autumn’s golden leaves.

She’s the pride that I feel when I know she’s done what’s right.

She’s that warm feeling I get, when I remember tucking her in at night.

You are a princess in my heart, and I care for you so much.I love the fondness in your eyes and your tender little touch.

I looked at you when you were born,And knew then straight away,That I would be forever hereTo watch you grow and play.

You bring to me a heart of joy, and memories so great,And a powerful sense of fatherhood that no one can debate.

I use to watch you sleep and dream of things that I can only wonder.

That innocent look upon your face just made my heart grow fonder.

I use to see you run and jump and shout and calling out my name…Papi!!

No love that I have ever known could ever feel the same.

No suffering or tragedy nor deeply seated pain could ever over shadow the bond that we retain.

And so my little princess before you go to sleep, Remember I am your daddy and I am yours to keep. 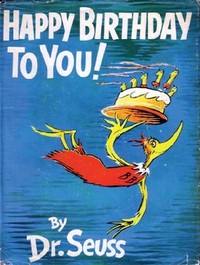 We Love and Miss You So Much Zoraya!!

END_OF_DOCUMENT_TOKEN_TO_BE_REPLACED

American Fathers Liberation: The trauma of waking up without my child