We’ve all heard of the term “Baptism by Fire” but, I wonder how many have ever considered its meaning. In the Christian biblical sense, it essentially means that it is a baptism by the spirit and the trial of one’s faith. This means that a believer’s faith is tested or tried through some sort of difficulty or a series of mental and physical trials.

However, this meaning has largely been replaced and the meaning most often used according to the definition used by the Oxford dictionary is, ‘a difficult introduction to a new job or activity’. One example of this is of a soldier’s first experience of battle. ‘Baptism’ because battle is new to him and ‘fire’ from the firing of guns that is, he is ‘under fire’.

When we look at both explanations, we can actually see similarities that can be equated to the tests of which we face through the struggles in the alienation of our children. This is when we are tested in our faith that we will be reunited with our children. The other aspect of this, is that alienation is new to us and how we respond to the many obstacles is critical.

END_OF_DOCUMENT_TOKEN_TO_BE_REPLACED

Psychological abuse — including demeaning, bullying and humiliating — may be the most prevalent form of child maltreatment.

Yet it’s among the hardest to identify or to treat

It may be the most common kind of child abuse — and the most challenging to deal with. But psychological abuse, or emotional abuse, rarely gets the kind of attention that sexual or physical abuse receives.

That’s the message of a trio of pediatricians, who write this week in the journal Pediatrics with a clarion call to other family doctors and child specialists: stay alert to the signs of psychological maltreatment. Its effects can be every bit as devastating as those of other abuse.

Psychological maltreatment can include terrorizing, belittling or neglecting a child, the pediatrician authors say.

“We are talking about extremes and the likelihood of harm, or risk of harm, resulting from the kinds of behavior that make a child feel worthless, unloved or unwanted,” Harriet MacMillan, one of the three pediatrician authors, told reporters.

What makes this kind maltreatment so challenging for pediatricians and for social services staff, however, is that it’s not defined by any one specific event, but rather by the nature of the relationship between caregiver and child. That makes it unusually hard to identify.

Keeping a child in a constant state of fear is abuse, for example. But even the most loving parent will occasionally lose their cool and yell. Likewise, depriving a child of ordinary social interaction is also abuse, but there’s nothing wrong with sending a school-aged boy to stew alone in his room for an hour after he hits a younger sibling. All of this means that, for an outsider who observes even some dubious parenting practice, it can be hard to tell whether a relationship is actually abusive, or whether you’ve simply caught a family on a bad day.

Psychological abuse can also include what you might call “corrupting a child” — encouraging children to use illicit drugs, for example, or to engage in other illegal activities.

In their Pediatrics paper, MacMillan and co-authors say that 8% to 9% of women and 4% of men reported severe psychological abuse in childhood when the question was posed in general-population surveys of the U.S. and Britain. A number of U.S. surveys have also found that more adults claim they faced psychological maltreatment as kids than claim they experienced any other form of abuse. This suggests that psychological maltreatment may be the most common form of abuse inflicted on kids.

END_OF_DOCUMENT_TOKEN_TO_BE_REPLACED

JOIN US on Vimeo.

Two hundred lawyers wrote an open letter in her support on the eve of the MJTC.

Just a day after the Michigan Judicial Tenure Commission censured Gorcyca, she was applauded in her courtroom.

According to one court-watcher who was present, “I was in Gorcyca’s courtroom this morning (her first day back). It was packed…and loud. Never saw it like that before. Attorneys everywhere…even filling the juror box and standing because seats full Then when they said “All Rise for Judge Gorycyca”  huge eruption of applause. She had a bouquet of flowers. She thanked them and then told them to get back to their hearings. They laughed. Then 90% of them left and as they left, shook David Gocyca’s hand at the door like a receiving line.”

Specifically, Judge Ryan found that Judge Gorcyca did not apply civil contempt properly,  “It is a disciplinary action which stands for the singular proposition that if a judge is going to use the inherent power of contempt, the ultimate “tool in the tool box” after years of “frustration,” the judge may wish to consult the owner’s manual to make sure that she or he are using the tool properly before employing one of the 34 penultimate tools of inherent judicial power, a contempt finding, to deprive any individual, or children in this case, of their liberty,”

This is not the first time members of the legal profession, specifically those who are likely to practice in front of Judge Gorcyca, have come to her defense after she became the subject of international derision for sentencing the three Tsimhoni kids to juvenile hall for not having lunch with their father.

END_OF_DOCUMENT_TOKEN_TO_BE_REPLACED

Children’s Rights:
Reform is needed! Our children’s well-being is at stake!!

A Mother’s Day message from Dr. Mark Roseman of The Toby Center.

For dads, too, there are many whose children cannot spend time with their them.

END_OF_DOCUMENT_TOKEN_TO_BE_REPLACED 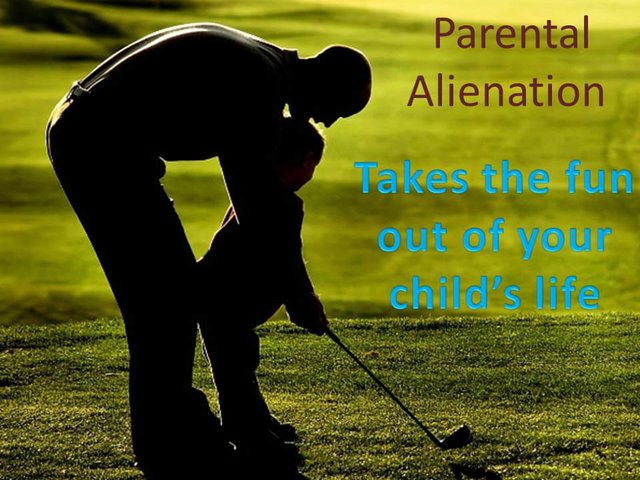 I would ask the Government to peruse this site and many others that are growing in both purpose and number. and to recognize this crime that has been ignored for far too long. Many children. parents and family members are being thrown into this chaos of devastation, and it needs to end.  We the people ask that this subject be made known and discussed and a policy be sought to prevent and deter actions that do cause a great deal of harm sadness and despair, with devastating consequences.

The first case to recognize a non-custodial parent’s cause of action based on the tort of intentional infliction of emotional distress was Sheltra V. Smith, 392 A. 2d 431 (Vt. 1978). In this case, the non-custodial parent brought suit for damages alleging that:

The Superior Court, Caledonia County, dismissed the complaint for failure to state of cause of action on which relief could be granted. The Supreme Court of Vermont, however, found that the plaintiff stated a prima facie case for outrageous conduct causing severe…

The crime we are talking about here has several names. It is called Parental Alienation, Hostile Aggressive Parenting. Parentectomy or simply, PAS. It is a form of psychological abuse where one parent deliberately undermines the relationship between the children and the other parent using bullying, manipulation and scare tactics. In fact, it involves any action that impedes with a child having a healthy relationship with the other parent.

Please Help us to Help alienated Children, Mothers and Fathers. By seeking a firm and fair lawful remedy.