In fact, when I discussed the Detroit ‘throw the kids in juvy’ case recently, I was surprised to read the judge’s comments alleging parental alienation. In retrospect I probably shouldn’t have been surprised that a seasoned professional would believe in junk science – upon further investigation I learned that the parentectomy diagnosis is alive and well in family courts throughout the land.

A typical family court parentectomy diagnosis goes like this: One parent, typically the non-custodial child-support paying one, claims that the other parent, typically the custodial child-support receiving one, has alienated the children against him or her. An official diagnosis usually involves a divorce lawyer and a so-called “mental health professional” or two working for the aggrieved and allegedly alienated parent. 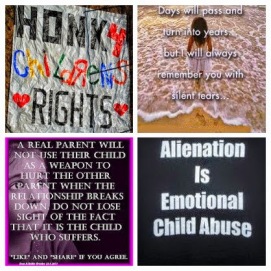 Of course in reality this is a misdiagnosis and the parent claiming to be the victim of a parentectomy is almost always suffering from an entirely different malady – let’s call it the ‘walletectomy’.  This syndrome occurs when a litigant becomes estranged and alienated from his wallet due to child support payments. Is this all-too- common misdiagnosis a mistake?  Do the lawyers and judges involved really believe the parent is suffering from a parentectomy and not the much more obvious and far less serious walletectomy? 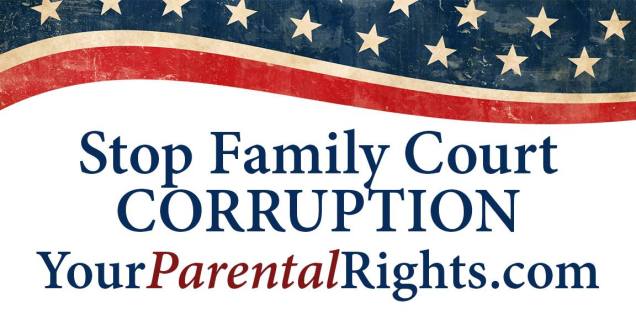 You be the judge.

You see, divorce attorneys everywhere pat their own wallets fondly and rub their hands together with glee whenever a parent walks in the door with a raging case of child-support-induced walletectomy (CSIW for short).  The CSIW is so painful, so unjust, nay – so cruel – in the eyes of the sufferer, that they will do almost anything to stop it. In some cases they will pay more to an attorney to stop the pain of a CSIW than the CSIW costs in the first place. Can you really blame the multitudes of lawyers, therapists and judges who jump in to help the sufferer in his time of need? 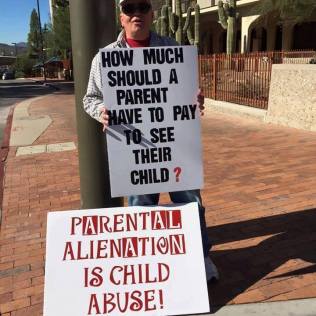 After all – a successful parentectomy diagnosis can pay for itself many times over by not only removing the source of the pain by switching custody – but by then making the former sufferer of the the syndrome into the beneficiary.

Even when the parentectomy diagnosis fails in court, the most important part has already happened: an aggrieved parent has been brain-washed and manipulated into handing over thousands of dollars to divorce industry professionals instead of putting the money into a college fund for his children. Anyway you look at it, it’s a win-win for the divorce industry and a lose-lose for the child.

Why should some divorce lawyer let his client pay child support to an ex-wife, for example, when that money could just as easily be spent on his fees? Would you pay thousands of dollars to a professional if that person could end up saving you many thousands more in the long run? It’s always a gamble, but to the CSIW sufferer who has bought into the junk science of PAS, it can seem like a no-brainer. 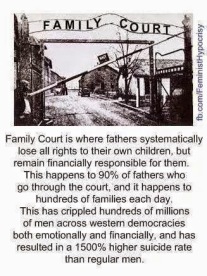 Despite the fact that I think PAS is a made-up syndrome which was promoted by father’s rights groups and divorce industry professionals for their own monetary gain, that doesn’t mean children aren’t being deliberately and maliciously alienated from their parents. Indeed, there is serious and wide-spread parental alienation going on in millions of homes throughout the country. It is real, it is common, it is wretched and it is ruinous for the victims. But because there’s no money in it for the divorce industry and the people who suffer are mostly children, nobody talks about it. Until now, that is.

The real parentectomy goes like this: A divorced parent remarries and either acquires step-children from the new spouse or has more children with the new spouse and conveniently looks the other way while the children from the former marriage become the unwanted step-children we’ve all heard so much about. There’s a reason that fairy tales are full of evil wicked step-mothers.  Where there’s smoke there’s fire, as they say – and it turns out there’s a lot of truth in those old fairy tales after all.

We all know that step-parents can be hard on step-children. In fact, it turns out that children in step-families are at significantly greater risk of abuse and even murder than children in their birth families.  We’ve heard about the occasional sad cases of children being murdered by dad’s new partner and the more frequent cases of children being murdered by mom’s new partner. And we know that that prison is full of people who were abused by their stepparents.  Despite all the statistics and hundreds of years of folklore, we never seem to hear the real truth about parental alienation: It’s real, it’s ruinous and it’s usually found in step families.

I admit I was pretty clueless about the whole step-parent thing, having never had a step-parent myself. I wasn’t surprised when my ex immediately remarried.  I wasn’t surprised when our daughter came home with terrible stories about the new step-mother.  After all, my daughter has some health challenges and her new step-mother wasn’t interested in dealing with it. I didn’t think much of it but I at least understood, sort of. In fact, even after my daughter began refusing to go to her Dad’s house over two years ago, I still didn’t really understand what was going on.

But now, with the help of my younger child – who has begun spontaneously repeating some of the vicious things his stepmother routinely says to his dad about his sister (yes he is very protective of his sister and is angry at his stepmother) – only then did the light bulb finally go off. Ding! I finally saw what was happening: my daughter’s step-mother has performed a complete parentectomy on her. She has completely cut my daughter out of her father’s life. Why did she do it? What could possibly be in it for her? You guessed it, money. 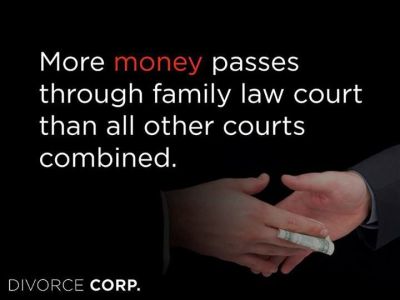 Turns out, this type of parentectomy, the kind that actually does happen in real life, isn’t just performed on innocent children – although that is by far the most malicious type.  It is also routinely performed on adults. It is performed on any child of any age who may stand between a step-parent and her spouse’s money. After realizing what had happened to my own innocent child I recalled the long-ago conversation with a dear childhood friend whose parents divorced when she was young.  When she was about to go off to college her father informed her that not only was there no college money for her – there was to be no money from him ever. Nada. Zip. Not that he didn’t have money, but his new wife had made it a condition of their marriage that all of his money would go to her and her children. I’ve heard similar stories from other friends. Maybe it happens more often in affluent families, but it seems pretty much de rigueur for the new wife to perform a parentectomy on the step-kids so that all the loot goes to her and her children.

Psychologists have coined a phrase to describe this: The Cinderella Effect. No, it isn’t in the DMR (Diagnostic and Statistical Manual of Mental Disorders), but either is PAS. And unlike PAS, which was made up out of whole cloth by one man with an agenda who turned it into his own little cottage industry and testified in over 400 cases, the Cinderella effect has been studied and documented for decades.  Why don’t we ever hear about this very real type of parental alienation?  Why aren’t family law judges and attorneys accusing step-parents of alienating children from their birth parents? Why aren’t celebrity parents foaming at the mouth about this very real type of parental alienation?

There is no family law attorney chomping at the bit to take her case and fling the word ‘parentectomy’ around the courtroom with great flourish. There are no father’s rights groups flooding into state houses trying to put a stop to it. There are no family court judges ready to pounce on the step-parent for alienating his or her step-children from their birth parent. Why oh why? I mean, if the well-being of children was really the issue, as family court judges and family law firms all claim, then why isn’t the real parental alienation that we all know happens daily to millions of innocent children ever mentioned in family court?

Thanks for reading and if you haven’t read my new book please pick up a copy – I think you’ll be entertained and you’ll learn the truth about marriage and divorce – all for the price of a Starbucks latte: Every Word an Arrow!

Source: Junk science in family court and the real parental alienation that nobody talks about | all things family court